We stayed on one of the hotel in downtown San Diego for a day stop over. Downtown is a lovely vibrate place. If you like architecture there are some really cool buildings. Lots to see and do, it had a good variety of restaurants & bars as well as shops. 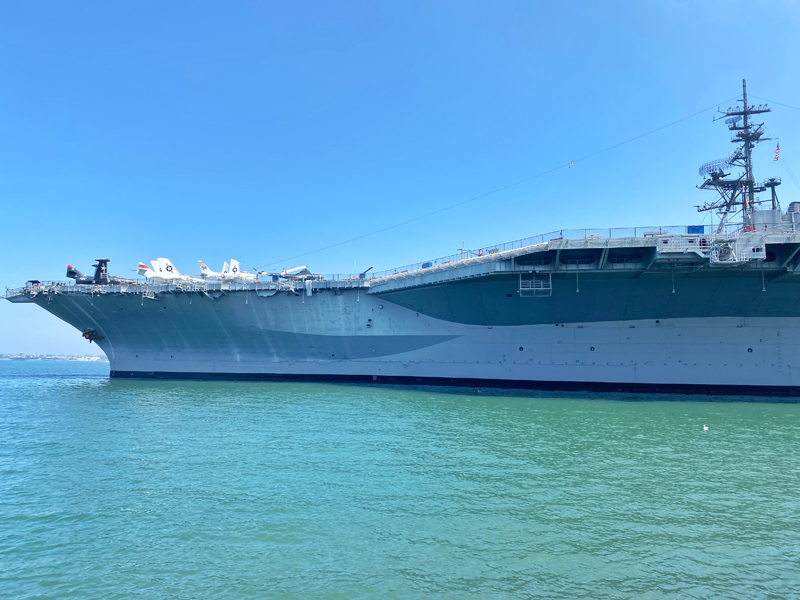 As a first timer here, the " Unconditional Surrender Statue - Embracing Peace" was definitely a must-see stop in San Diego.  This statue is very iconic, towering at 25 feet tall, the statue is larger than life. One of the lasting images of America's victory in World War II.  The sailor kissing a nurse in the chaotic Time Square as the war ended that day. This statue was designed after a photo of these two strangers embraced in that famous hug and kiss as they celebrate the Victory of US over Japan. 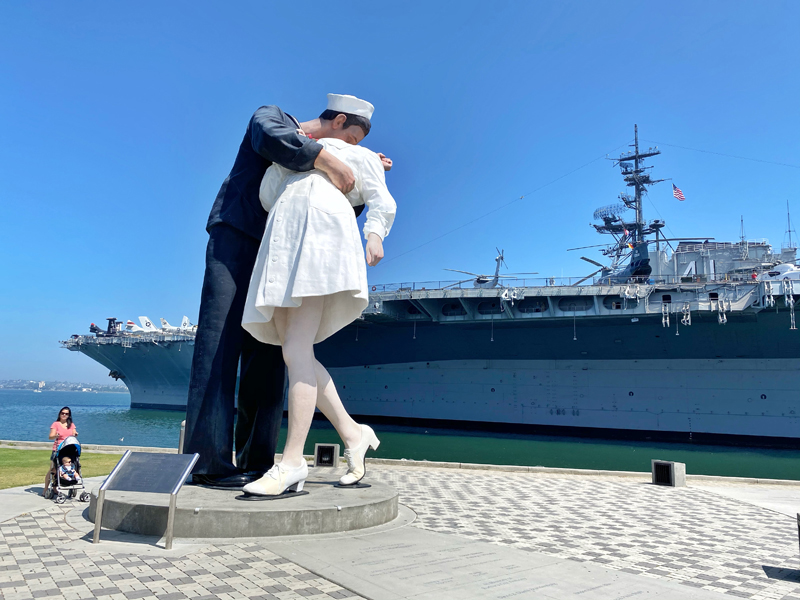 It is located in a great walking area where you will see a bunch of other interesting things around such as the USS Midway and Salute to Bob Hope.I would recommend coming early enough probably before lunch to get prime spots in the parking lot right next to the statue and to ensure no one else is there fighting to get their pictures taken without anyone else in the way.

The statue is at a perfect location at the San Diego waterfront near the USS Midway and Salute to Bob Hope. I love when tourist or natives come and just enjoy this piece of art gracing San Diego waters saluting it with their own poses imitating the statue.

This statue captures the romanticized emotion of elation everyone was feeling when World War II ended. From a single photograph, it emerges onto San Diego's Tuna Harbor Park as a piece attracting millions of people around the world!

It's really awesome to see this in person. It's huge and makes for great pictures!